Mobile jammers are still on the edge of the law 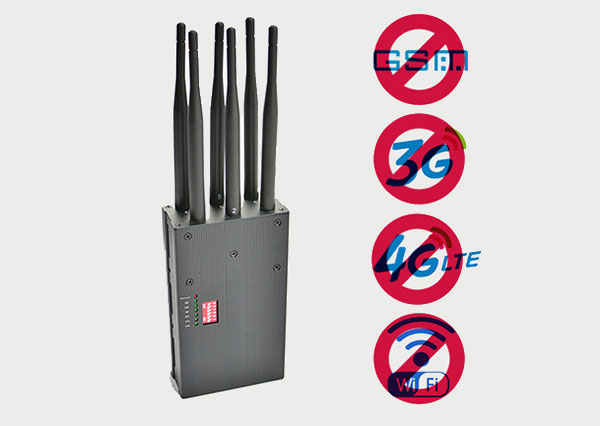 Following last year's attempts to install mobile cell phone jammer in the college entrance examination halls in Shandong, Liaoning and other places, this year Gansu, Nanjing and other places also declared that "in order to prevent large-scale fraud in the exam halls, they are preparing to install mobile phone shielding devices in various test sites." The news aroused all kinds of "questioning" voices. Among the opponents was Tang Tai, the inventor of the mobile phone shielding instrument, an engineer in the Security Technology Laboratory of Tsinghua University.

Six years ago, Tang Tai invented China's first mobile phone jammer. After that, he repeatedly opposed the use of mobile phone shielding devices in examination rooms and schools by writing articles and BBS messages. What Tang Tai "unexpected" is that "this kind of instrument, which was originally intended to provide services for special departments, has now become an effective device to prevent cheating in examination rooms." Tang Tai said that the main reason for "resolute opposition" is "taboo" mobile phones. The strong electromagnetic radiation of the jammer. Studies have found that the mobile phone shielding device will not affect the human body if it is 20 meters away from the human radiation range. But Tang Tai said, "Close contact is another matter."

Tang Tai said that in past experiments, most of the researchers under the microwave irradiation of this intensity experienced mild migraine, irritability, and unable to concentrate after half an hour. Tang Tai believes that “the severity of symptoms varies with the body’s constitution, but more or less there will be.” Tang Tai has always been firm, “if the jammer disturbs the mind, it is unfair to the examinee.”

Breaking the law hard, because "the college entrance examination is too big", in addition to causing adverse reactions to the human body, the entry of cell phone jammer into the examination room is also considered by many people as "breaking the law." The reporter read in the "Notice on Prohibition of Illegal Development, Production and Use of Radio Interference Equipment" issued by the Ministry of Information Industry in 2001: "Users who use cell phone jammer without authorization shall be punished by law for setting up stations and interfering with radio services without authorization. ."

The relevant person in charge of the Communication Center of the Institute of Telecommunications Research of the Ministry of Information Industry introduced, "If it is a special case, the unit or individual who wants to buy and use a mobile phone jammer must submit a written application to the local radio management department, and it can be installed and used after review and approval. "As for the interpretation of "extremely special circumstances", the person in charge believes that it mainly involves "military and national security", and "exam rooms, cinemas, hospitals", etc. are not among the "special" categories. "It is definitely illegal if the test management agency buys it without going through any formalities." However, it is an indisputable fact that test management agencies in many places buy cell phone jammer on their own. Eyes, close one eye"?
Some people attribute the reason to "the college entrance examination is too big!" It is not only the responsibility of the education department to ensure that the exam questions are top secret and that there is no cheating in the examination room, but also the radio management agency. If there is a mobile phone cheating due to "negative installation", everyone is responsible for this. Sorry.

Some legal experts even pointed out: “Although the ministries’ ban is very clear, mobile jammers are still on the edge of the law due to the lack of operability in specific rules.” More and more schools, movie theaters, and conference centers can easily install mobile phone shields. instrument. Experts also believe that “this kind of behavior blocks the incoming and outgoing calls of mobile phones within a certain range, and seriously violates the legal freedom of communication of mobile phone users.”

Professor Gan Chaoying of Peking University Law School stated that “the imperfection of the law has caused the relevant departments to be unable to determine the legitimacy of the mobile phone shielding device”. Therefore, the Ministry of Public Security, the Ministry of Information Industry or a higher state authority should issue a document. , Give a final statement on the use. Prior to this, authoritative experts from all parties almost agreed that "mobile phone shielding devices are not suitable for large-scale installation in college entrance examination examination rooms."