Cell phone jammer are devices used to prevent and block cellular signals, primarily in mobile phones. They’re often used to disrupt signals in locations where silence is expected or where using a phone would be impolite or rude. Nowadays, such products are increasingly used in public places Phone jamming is about to get political. Everyone from police to governments are using simple devices that prevent people from making calls or texting in certain areas — and they're doing it to control the flow of information. Let's take a look at these devices, their current uses. In the United States and South America, most digital mobile phones operate on a a 1.9 GHz frequency band, while 900 Mhz and 1.8 GHz bands are used across most of Europe and Asia. Even if your phone operates on multiple bands, manipulation of a single band is enough to cause a call to fail by disturbing the outgoing call or incoming voice data. Cell phones are commonly used in prisons, however, the items are illegal in U.S. Federal prisons. GSM jammer are used by prisons to block calls, preventing coordination of gang related activities within the prison and preventing unauthorized communication with the outside world. CDMA disruptor also play a role in providing security during transportation of high level officials. U.S. Presidential motorcades make use of the devices, and a cell phone jammer played a role in foiling a 2003 assassination attempt on Pakistani President Musharraf. Cell phones are common triggers in improvised explosive devices, with jammers sometimes preventing detonation. In France and Japan, use of GSM jammers is legal in movie theaters, art galleries, concerts, and other public venues. The French ministry of education is planning to introduce GSM jamming devices to ban students from using mobile phones in schools. China has started to use jamming devices to prevent students from cheating. Japan has also cited interference devices to prevent students from cheating in exams. 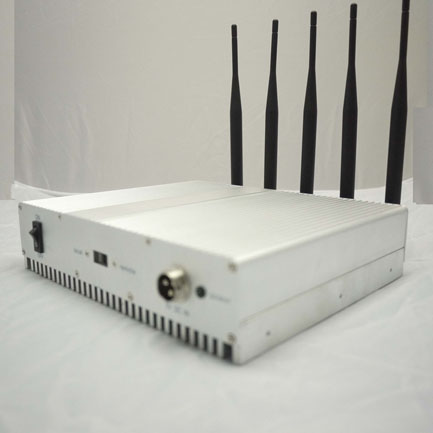 The 5 bands network killer not only can jam all cell phone signal: gsm, 3g, 4g, but also can blocker GPS, WiFi, Bluetooth. Have a large range to jam signal, can blocker in 30 meters radius, protect information security. Has a unique cooling vents and dual fan design, protection for a long time continuous and stable work. Built-in industrial-grade high-power switch power supply, to ensure the stability of the signal, accuracy. Electromagnetic field strength is much lower than the national standard, the human body without any impact. 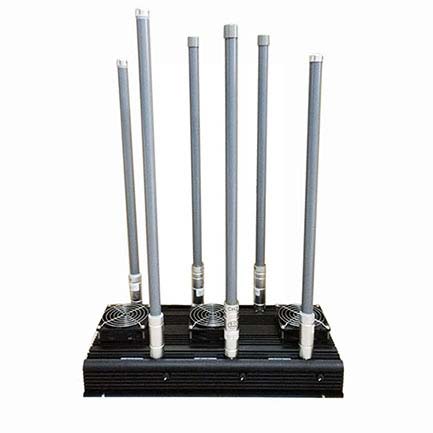 The desktop network killer can jam 12 bands, can block all cell phone signal, vhf, uhf, 315 mhz, lojack. At the same time can also be power adjustment. Has a good cooling system with heat sink and 2 big on top fans+4 small fans inside, low noise. Each frequency band is separate and with adjustable power from Max to OFF(0). Has 100% Safe VSWR over protection for each modular. Has ultra-wide jamming bands, able to jamming the vast majority of common frequency band.